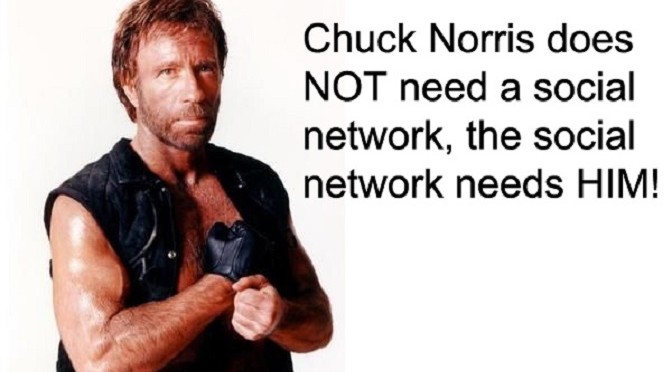 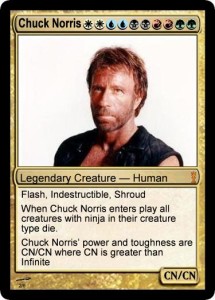 Say what you will about Chuck Norris, the man has mad martial arts skills, a great deal of personal integrity, and good sense of humor.  That’s not a bad combination for anyone to aspire to.  He’s been doing martial arts since he discovered them while stationed in South Korea with the USAF.  At 75, he’s still at the top of his own system, Chun Kuk Do, and he still takes an occasional acting role among fellow action stars like Schwarzenegger and Stallone. The difference, of course, is that Chuck really is that much of a badass. 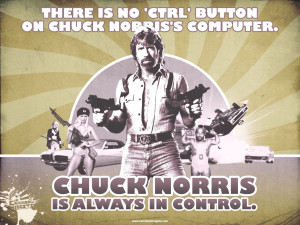 Humorous Chuck Norris “facts” are at epic legendary status on the internet and around the world. Anyone who has ever played World of Warcraft knows why Chuck Norris was recruited to do their commercials: A running stream of player narrated “Chuck Norris Facts” are a regular staple on Barrens Chat, the common chat channel on one lower level area of the WoW virtual world, at any time of day or night. 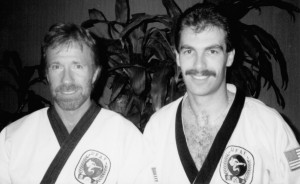 For my own part, I have to admit taking a certain amount of silly pride in having Mr. Norris in my Tang Soo Do training lineage by way of my first instructor, SBN Breuer.  It took a while for my days in the Chuck Norris Karate System, as it was called back then, to steer me back to Tang Soo Do but that history definitely played a part.  For that I say, thank you, Mr. Norris, and Happy Birthday! 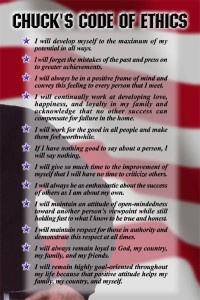 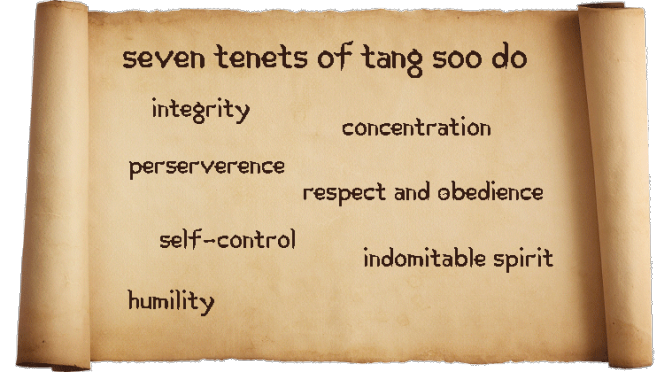 Today’s tournament was a great learning experience but some frustrating errors on my part suggested that Humility might be the tenet to discuss next.

: the quality or state of not thinking you are better than other people

: the quality or state of being humble

Today marked the first of three Tang Soo Do Masters Alliance interclub tournaments for the 2015 season and my first martial arts tournament ever.

I brought home silver medals in the adult beginner division for Form, Sparring, and Breaking. (It sounds better if I don’t mention that I finished last in all three — there were only two of us in the division. The consolation is that my point scores were respectable in all three events.)

The humility comes from knowing that I made profoundly stupid n00b mistakes that I shouldn’t have made. I came into the tournament not expecting to do particularly well in sparring but to do a respectable job with my hyung, pyang ahn cho dan, and to do a respectable two-board elbow break.

Part of the scoring in these events is in presentation and I think I did a decent job presenting my form. It’s a shame I omitted the kwan do from the third step and realized it a millisecond too late not to just keep going  and let it go… My break was clean and I felt pretty sporty about it especially since I had never done a break with an actual board before — nevermind two at once —  until one and then two of the judges mentioned that I had completely skipped my introduction before doing the break. Color me mortified.

I came to the event worried about two things: the soo dos in the last four steps of pyang ahn cho dan and not keeping the turns on my left ankle crisp (I managed to twist it badly a few days before the tournament.).  Neither of those ended up being a problem; overconfidence and lack of concentration in other areas altogether were.  I can pretty much guarantee that I’ll never make those two particular mistakes ever again. The trick will be not making mistakes in those categories again.

The most embarrassing part is knowing that I was trained better than that and that my error reflects on LTSD and SBN & KSN Krantz.  Live and learn: There are two more interclub tournaments to go this season to redeem past mistakes. 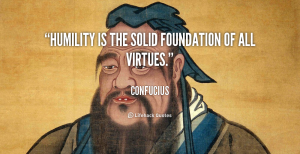